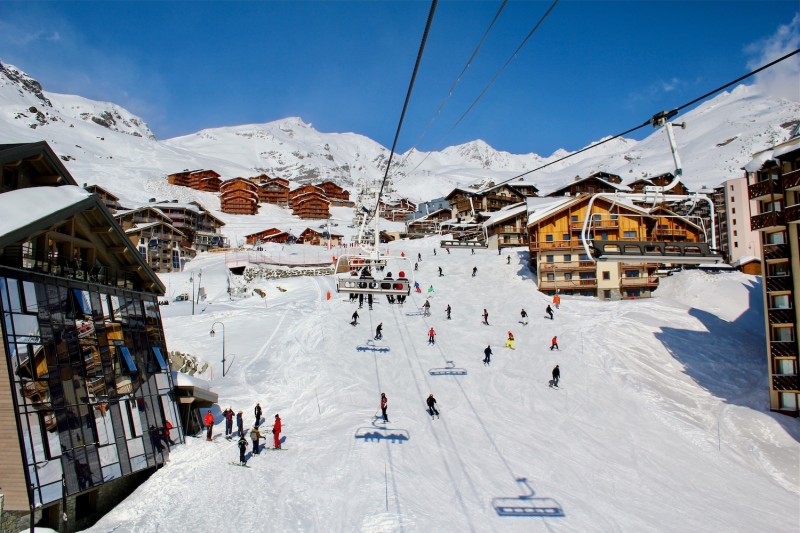 Courchevel, France – With the opening of the Alpinium, improvements to Croisette and a new cycle highway being built, it is fair to say that Courchevel will be even bigger and better than ever this coming season! To read more about the improvements in Courchevel, visit our blogpost here.

Meribel, France - Already the biggest ski area in the world, Meribel is adding two new red pistes, five snow-making supported slopes, and a ski tunnel under the Roc de Fer piste. All of these new additions, alongside the two new chairlifts from last winter, make for a promising season ahead in Meribel.

Les Deux Alpes - A new lift from the Chalance bowl to access the La Fee glacier is accompanied by two other lift upgrades; a fast eight-man chairlift is replacing the four-man Crêtes lift, which will in turn be replacing a slower lift in Le Thuit, and the 32 year old Super Venosc lift will also be swapped out for a quicker model.

Les Arcs, France – If you’re looking for improved party over pistes, the highly anticipated December opening of La Foile Douce and its great DJ’s will give you nights worth skiing for, but try not too party too hard and miss out on last year’s newly unveiled ‘Le Secret’ run!

Meribel - Meribel is perfect for those who like to weave some retail therapy into their ski holiday. With designer brands, market stalls and local cheese shops there is plent on offer; not to overlook the wealth of activities available, ranging from horse-sleigh tours to water slides.

Les 2 Alpes - This is the perfect resort for those who enjoy skiing out of standard season, guaranteed snow cover and the glacier contribute to an extensive ski year timetable, with the resort opening from mid June to early September, and then from early December until the end of April, with a week in October for French half term sandwiched in.

Les Arcs - A great place for families. Enjoy drinks at an ice bar while the kids admire ice sculptures and play around in the igloo village, then finish the evening with a ride on the floodlit toboggan run which is open into the early evening.